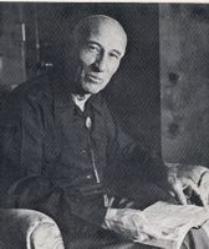 John Wright Follette was a man who intimately knew God. He was a gifted Bible teacher and author, who had both perspective and spiritual depth in his interpretation of the Word. He was an illuminated spirit in the field of spiritual reality, and had an unusual ability to impart “spirit and life” into those who sat under his ministry.

This gifted Huguenot poet, and deeply spiritual teacher, who lived in New Paltz, New York traced his ancestry back to those unconquerable people whose descendants made history, and who arrived in the area of his birth in the 1660’s. 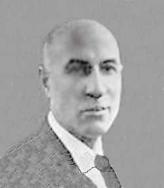 He received the Baptism in the Holy Spirit in 1913 while a student at a Bible School in Rochester, New York, and later became a teacher there until the school closed. He also taught for many years at Southern California Bible College.

During the later years of his life, he was called into a wider field, ministering in conferences and retreats which took him around the world.  He passed into his eternal reward in 1966 at the age of 82.

John Wright Follette greatly influenced my life (Wade Taylor). Several times, I was able to spend quality time with him in his home, and I received from him a powerful impartation of the “spiritual life and substance” that was resident within him.

Find us on Social Media

“He who joyfully marches in rank and file has already earned my contempt. He has been given a large brain by mistake, since for him the spinal cord would suffice.” Albert Einstein
—–
“I am certainly not one of those who need to be prodded. In fact, if anything, I am the prod.” Sir Winston Churchill
—–
“Keep away from people who try to belittle your ambitions. Small people always do that, but the really great make you feel that you, too, are great.” Mark Twain